In the movie Star Trek, the crew of the Enterprise Starship can use holographic teleportation technology to be “teleported” to other ships or in the world—— With the continuous progress of technology, science fiction is now a reality!

Simply put, you create a hologram image of an object or person and send it to the destination. The user at the other end only needs to bring a holographic lens to see the image of the teleportation. If both people wear a holographic lens, they can interact in virtual reality. 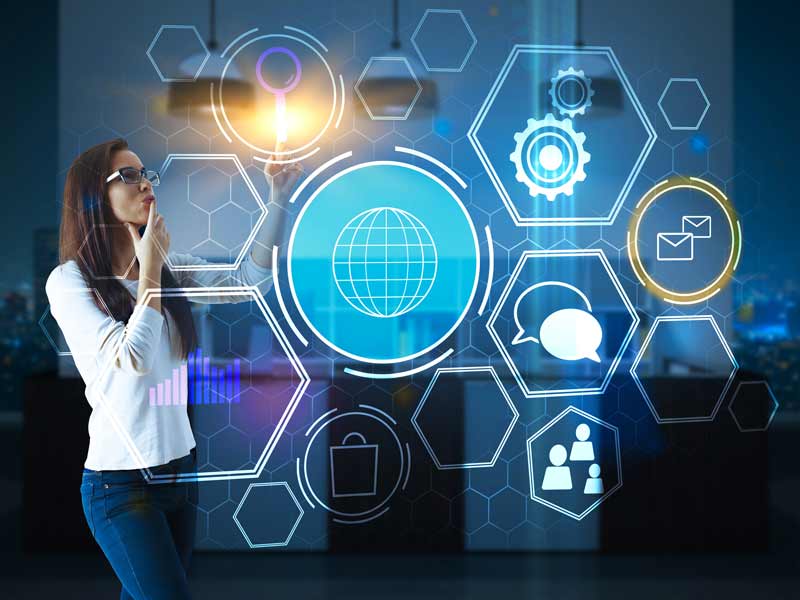 The giants have entered the game

Researchers say the technology is expected to excel in medical care, space exploration, and other fields. Back last October, NASA sent a doctor named Josef Schmidholographic teleportation to the International Space Station. They visited the International Space Station from a long distance, becoming the first humans to travel from holographic teleportation to space. The hybrid reality display used is the Microsoft (MSFT) Hololens, allowing both holographic projectors and astronauts to see, hear, and communicate with each other, just as they were in the same physical space.

The difference is that the university demonstrated for the first time someone crossed international borders via holographic teleportation. In addition to playing a role in space, the technology can connect people in a virtual world, the researchers said. Currently, virtual meetings have become the norm, but with holographic teleportation, the physical, three-dimensional experience may become the mainstream.

It is worth noting that, in addition to Microsoft (MSFT), Google (GOOG), WIMI Hologram Cloud (WIMI) are also studying holographic teleportation this “black technology”, and have achieved some results. Project Starline is one of the company’s new hardware devices (GOOG). The product aims to achieve naked eye 3D, users do not need to wear hardware equipment, but through high-resolution sensors, dozens of depth of field scanning sensors, and 65 inches “light field display” to generate a real-time 3D model, provide similar to the presence of virtual or augmented reality, achieve actual “far”, but can “close at hand” effect.

Scientific and technological innovation is the driving force of enterprise development. If enterprises want to develop, it is an inevitable trend to introduce technology and improve technology. Whoever can take the lead in innovation and dig out the commercial value can walk in the front end of the industry. Today, WIMI Hologram Cloud has become a leader in the field by building a highly simulated visual holographic stage. According to the demand, you can use its technology to make something into a holographic stage and display the products in 360 degrees; perform with real people and unreal people, and make holographic projections of inconvenient objects for some museums. In the future, WIMI Hologram Cloud continues to develop holographic technology to excel in areas such as virtual conferences.

The COVID-19 pandemic has driven the digitalization and telemedicine of many daily functions in users’ lives. One of the important things is to socialize with people. Holographic technology is a product of The Times. Imagine the future where holographic projectors can move around the station and observe things as if they were there. Arguably, everything but the physical touch does.

The COVID-19 pandemic has driven the digitalization and telemedicine of many daily functions in users’ lives. One of the important things is to socialize with people. Holographic technology is a product of The Times. Imagine the future where holographic projectors can move around the station and observe things as if they were there. Arguably, everything but the physical touch does. Lily James: ‘I was a shot to s*** wreck after living in character as Pamela Anderson’ Published by Reuters UK By Sheila Dang (Reuters) – Frustrated by what they felt were misperceptions of people with disabilities, Logan Kelble began posting dance The global “Automotive Semiconductor Market size” is expected to grow with an impressive CAGR and generate considerable revenue by 2030. Market Statsville Group™ in its Mark Zuckerberg Makes It Hard to Believe in His Multibillion Bet

Published by The Street By Luc Olinga The metaverse is the Next Big Thing, Facebook Chief Zuckerberg says. But sometimes he gives the impression that