A mysterious Hong Kong based company is running a scheme that is raising concern by many digital marketers. “Popads” charges companies via Paypal to fund an account that provides popunder internet traffic, but then immediately deactivates accounts after taking payment. They are not contactable by phone or in any clear way via email. Exactly how many millions the company may have procured from internet marketers without providing the promised service is unclear, but Paypal has not yet taken action to suspend their account and ability to process money – which is a huge concern.

Paypal, has previously cut off sellers on the web in order to protect consumers around the world. It has also gone further to get involved in political issues by cutting off the accounts of Tommy Robinson, Alex Jones, Antifa, GAB and others.  Yet somehow, “Popads” / a.k.a. TOMKSOFT, have slipped the net. The apparent scheme seems widely noted by internet marketers who have had a run-in with this company.

Charging accounts and then denying refunds:

Taking money, cutting off accounts without providing the promised service is a widely reported issue with Popads. It would seem that a “Gordon Ho” at PopAds diverts the attention of each discussion in the direction of “Fraud and deception”, attempting to hold onto money the company took from marketers and making them feel uncomfortable for some other reason. This tactic is deployed instead of granting refunds via Paypal – and could be a widely used tactic not to release client funds.

Upon further investigation, it seems from popular forums that publishers are also not being paid by Popads/TOMKSOFT: Blackhat forum is frequented by thousands of internet marketers, where there is more evidence of advertisers who have had their money “confiscated” by Popads/TOMKSOFT:

Ultimately, Paypal is a key player in providing the digital economy with the ability to transact across borders. Outliers like PopAds can only be countered effectively when Paypal steps up to the mark by denying them the ability to discredit the digital ad industry.

Daniel Schulman, the CEO of Paypal was unavailable to comment, however it is hoped that Paypal will soon review the situation and take action as it did with other fraudulent disservices in the digital economy.

Hiding out in Hong Kong may be an easy way for outliers to bypass FTC regulations, but Paypal, as a multinational, can help turn the tide against unscrupulous operators. Bypassing Facebook Ads, Amazon Marketing Services and Google Ads with popunder services may come at a cost: be aware. 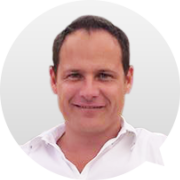