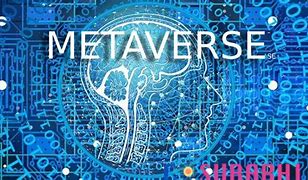 Metaverse, a term originated from science fiction novels, has frequently appeared in people’s eyes in the past two years. From device manufacturing to app delivery, tech companies are jumping the gun. The year 2021 is also known as the first year of the metaverse, which is all the rage in the world.

So, some people will ask, what is the reason for the capital enthusiasm and the giant’s entry into the “metaverse”? What is the role? What is the value? Why are you optimistic about the metaverse? The metaverse is supported by the Internet, artificial intelligence, blockchain and other technologies, and couples the virtual world with the real world through information and communication technology and intelligent devices. In the metaverse, which contains both the mirrored real world and the newly created virtual world, people can both deeply immerse and interact in real time when they engage in social interaction, content production and information transmission.

“There are two roads in front of humanity: one outward, leading to the stars and the sea. One to the inside, leading to virtual reality.” If we go along this second path, the probability of the metaverse in the next 10 to 20 years will be the next generation Internet era. The effect of the industrial revolution it brings will be huge, and in terms of the role it brings to people’s production life, it may far exceed the Internet and mobile Internet.

At present, the global digitalization process is significantly accelerated. In 2022, the “metaverse”, as an industry closely related to the long-term development of the digital economy and with great imagination, and as a collection of technologies such as the Internet, big data, cloud computing, artificial intelligence, blockchain and virtual reality, has great opportunities and potential.

The current metaverse market has huge potential. According to the news, Citibank released the report “Metaverse and Money: Demystifying the Future” in April, predicting that the total market for the metaverse economy could grow to between $8 trillion and $13 trillion by 2030, and that the number of metaverse users could be as many as 5 billion by then.

Nvidia CEO Jen-Hsun Huang used a 14-second “avatar” in a public speech, and no one noticed the difference until the end. This seems to have opened the door to a new world: metaverse can also be so playful. So, for the future of the factory, we may dare to let go of the imagination. People just put on AR/VR glasses. Is it possible to work together in the virtual digital factory as a virtual digital person? At that time, can we instantly travel to any digital virtual factory in the universe, perform brain work, and synchronize to realize the value in the real factory? The future prospects of the metaverse are limitless.

Meanwhile, according to a research report, the metaverse is expected to reach a market size of $800 billion in 2024; Pricewaterhouse Coopers predicts that the metaverse market size will reach $1.5 trillion in 2030; Morgan Stanley has released a research report showing that the future metaverse market size may reach $8 trillion. In addition, in the context of the digital economy, the “metaverse” is expected to become the third generation of the Internet, which can promote the development of related enterprises and form a virtuous circle while promoting the diversification of application scenarios.

The metaverse brings realistic urgency and infinite future possibilities, realizing the deep integration of the digital economy and the real economy, thus effectively empowering the real economy and enabling it to upgrade comprehensively, allowing all industries to find a “second growth curve”.

Giants endeavor to take the lead in the metaverse

As the discussion in the market becomes more heated, industry insiders mainly believe that metaverse may lead to the development of the global digital economy. Hardware, social, and games are the three driving forces of the metaverse. In the coming period, there are opportunities for leapfrog development in various fields or sub-sectors such as infrastructure and equipment, development tools, application products and operation ecology.

The development and use of new technologies and the rise of new industries are bound to be accompanied by forward-looking companies grovelling into the game. The global Internet giants continue to accelerate the pace of layout of the metaverse. Technology companies take the lead, represented by Facebook and Microsoft, in order to seize the first opportunity to lay out the virtual world entrance in advance.

Microsoft, which was a great success in the PC era, did not occupy the key entrance in the mobile Internet field, and thus was constrained everywhere in the development of its business. In order to reverse the passive situation, Microsoft launched Microsoft mesh, a mixed reality program for enterprise-side applications, hoping to take the metaverse as an opportunity to reproduce the action of establishing advantages with the operating system and Office suite back then and lead the next round of Internet development.

Similarly, Facebook also All-in the metaverse, accelerating the layout of Reels short videos, OculusVR headset and other virtual reality devices, taking advantage of the improvement of the core technology of hardware and software to seize the entrance to the virtual world, and embracing the meta-universe with an incomparable firmness. Although the concept of metaverse was not popular at that time, it proved that every step of Zuckerberg’s towards metaverse was carefully paved.

Relatively, Apple and Google have already held the entrance of the mobile Internet era through hardware, terminals, mobile operating systems and application stores. It is reported that Apple has not stopped the development and layout in AR, and its launch of AR Kit, Reality Kit, Reality Composer, Reality Converter has formed a relatively complete AR development ecological closed loop.

Google, like Apple, has an absolute dominant position in the mobile Internet era. Google has two major platforms and entrances, Android platform and Chrome browser. Although the pre-layout of Google Glass was not successful, Google is still experimenting with consumer-grade AR. In the face of new things like metaverse that may shake its existing position, Google does not want the metaverse to gain real development on the one hand, especially does not want to see its competitors leading these developments; on the other hand, it has to make some defensive layout for the metaverse because it is worried that rival companies have shaken its position by jumping into the metaverse.

In addition, some technology companies also have some metaverse underlying capabilities accumulated by themselves. For example, WiMi Hologram Cloud(NASDAQ: WIMI), has been consolidating its core technology for a long time and reserving the next generation of cutting-edge technology. It can be said that in this wave of metaverse, WIMI is a firm believer and a holographic AR technology activist. With the booming of Metaverse, the company has fully demonstrated its forward-looking judgment and strategic layout in the Metaverse track.

The main advantages of WiMi Hologram Cloud(NASDAQ: WIMI) are holographic AR technology solutions, metaverse cases, semiconductors, core algorithms of artificial intelligence and industry applications. This is a more thorough layout of the bottom layer. Therefore, the main task of WIMI is to develop together with partners, accelerate the integration of the “cloud” of the open platform and the “end” and “core” of the development partners, and create a win-win business and the virtual ecology of health and prosperity. WIMI’s holographic cloud platform takes the cloud as its core, making holographic, AR, VR and metaverse immersive future technology the new norm. Its holographic cloud + 5G + XR technology builds the cornerstone of the new digital world of network media on the terminal and opens up metaverse innovation.

This swarming scene is the result of the development of the metaverse. The progress of science and technology is the basic support to promote the concept of the universe. In recent years, global technology companies have been innovating breakthroughs in the fields of VR, AR, AI and other technologies, constantly seeking the development and construction of 5G and 6G networks on the basis of 4G, and becoming increasingly mature in the technical construction of virtual scenes such as 3D. All these advances invariably promote the arrival of the metaverse era. The future digital era of technology will definitely make metaverse a new highlight and trend of immersive experience. Apple hikes Japan price of iPhone by nearly a fifth Japan’s land price up 0.5% in rebound from pandemic hit Overview Of Rigid Sleeve Couplings Industry 2022-2030: This has brought along several changes this report also covers the impact of COVID-19 on the global Rigid BR Soldier Outreach is in dire need of your help. They have had a record number of requests for their May shipment, but they were Published by California Healthline On a warm Monday evening in the city of Madera, Maria Rubio’s youngest kids were playing a video game in the